Union Pacific photographer Andrew J. Russell photographed this group of Shoshone Indians as he documented the line before and after the completion of the Transcontinental Railroad.

American Indians mostly resisted the railroad’s construction to defend their independence and way of life. There were, however, tribes who worked on or offered support for its construction, including the Paiute for the Central Pacific and the Pawnee for the Union Pacific.

Exacerbated by 30 years of mass overland migration, dozens of settlements pushing westward, and the presence of the U.S. Army, the Union Pacific and the U.S. Government benefited from long-held inter-tribal conflicts (between the Pawnee, the Sioux, and other tribes) by hiring hundreds of Pawnee, who protected the road’s construction along with the U.S. Army.

During the 150th anniversary of the Transcontinental Railroad, the Spike 150 Commission acknowledges the impact and suffering of those American Indians, displaced in the building of this railroad. 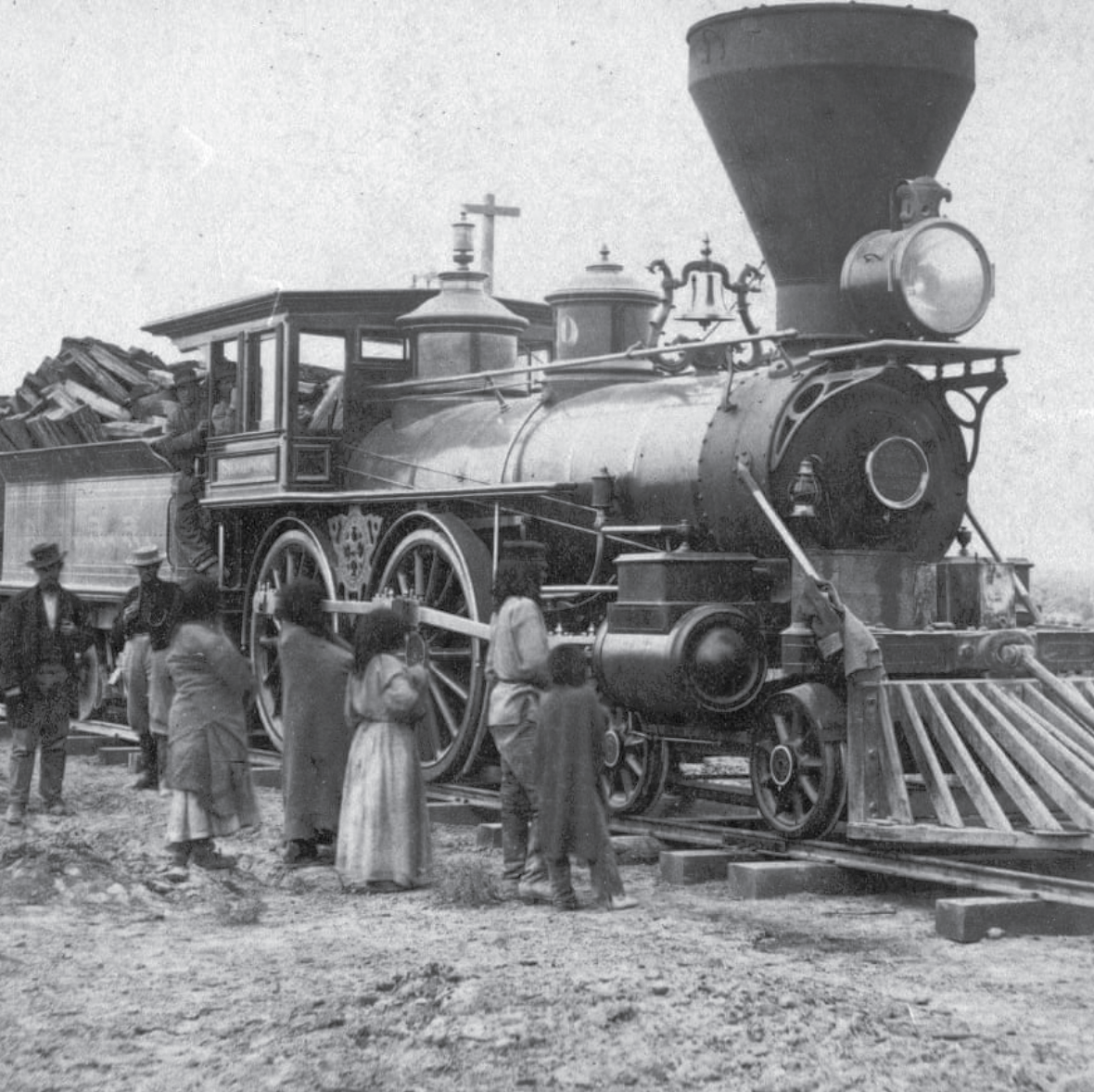 Courtesy of the Union Pacific Museum

Courtesy of the Union Pacific Museum 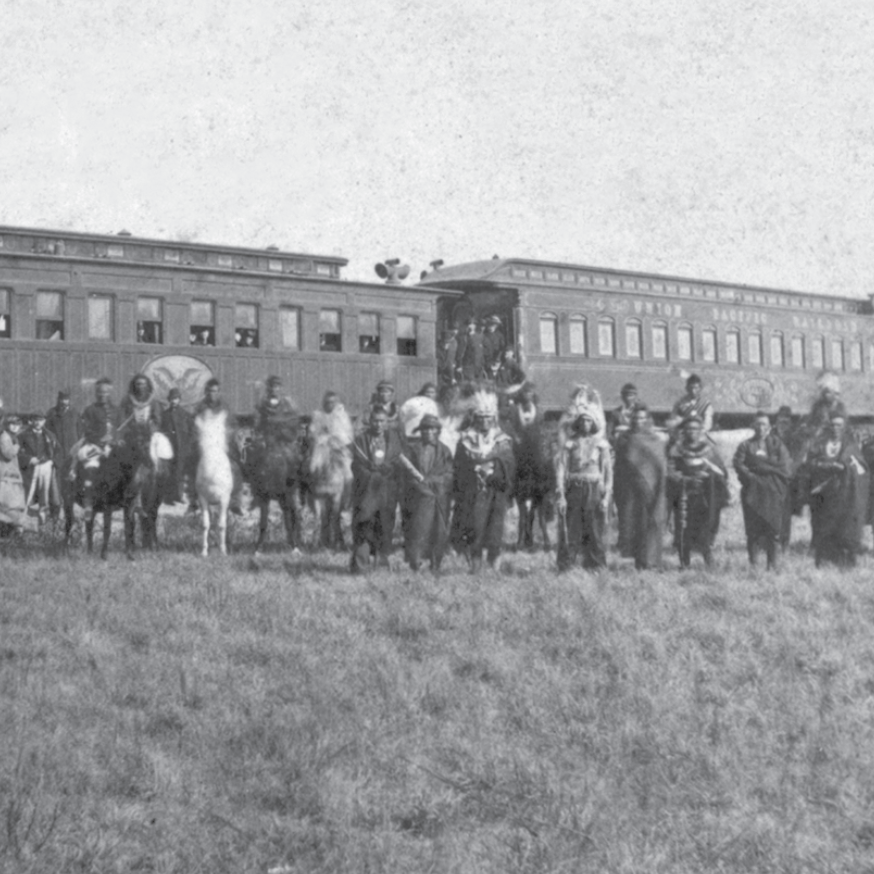